Was I alive today? 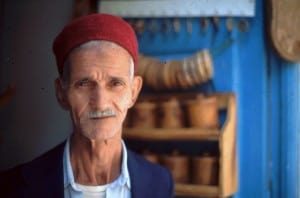 Yes! What new thing did I learn about life? I was thinking again about what I have heard about the fundamental longings and fundamental fears of the four personality types according to the DISC assessment:

I find it interesting and insightful. What new thing did I learn about myself? Right now, the support and encouragement from others, both male and female, has been very helpful for me in regards to the ship project. I recently received two very encouraging emails from dear men I know. One wrote:

A ship is very heavy by itself, and it’s hard to believe that it can float and won’t sink. But the water carries it. Steady and through all the highs and lows, it shows enormous endurance and toughness. A ship must allow itself to fall into the water and to be carried. It can’t do anything about it. But you can also allow yourself to be carried by God and to continue step-by-step. I’m writing all of the exciting things along the way in a logbook for your ship, and you will experience the next few months like a journey with exciting adventures, times where it storms and fear rises, and times when the sun shines and you feel simply wonderful. You don’t know yet how long the journey will be. But every day is a discovery, even when nothing happens and you only have encounters on the ship or, LIKE NOW, you are on vacation on land and leave the ship alone. It’s waiting for you. Someday, instead of the negligible renovation trips, you will be having huge journeys of completion, seminars, and all kinds of beautiful things. But that will still be awhile. You are not alone, because you have some friends who are very close to you and are supporting your project. And the ship is on-site and floats and belongs to you (or the bank), but it’s also that way with most houses that people own. I really admire you. Your competence is growing tremendously in my eyes. The landlubber woman who is building a ship. This comes just after the man who dances with wolves.

I wrote to another man who is like a father to me, even though we are only in contact every few months, telling him that I had dreamt last night of an encounter with him. And I asked him to pray for me. He wrote back:

Your dream doesn’t surprise me. Over the last few weeks, the Spirit has encouraged me to pray for you again and again. You see: the “father’s blessing” has been given to you even before you sent the letter. It’s good that you’ve brought this ship project to Down-to-Earth. Even Noah had to build his boat without any special knowledge and relying on the guidance of the Spirit. It’s also good for you and for the future home of many. We’ll stick around!

Be protected, you chosen of God! In loving connection,

This touched me almost to tears… it’s good to know that a father is praying for me with blessing – even before I ask him to.

Was I alive today? Yes! What new thing did I learn about life? I recently held a training for the employees of a wonderful wellness-hotel. They really want to serve their guests holistically: body (relaxation, high-quality attention), soul (pampering), and mind (coaching, companionship), and they are continually training their employees for this. On the one hand, I think about the developments, on the other hand, I train in the coaching field… During the seminar breaks, the participating therapists shared some of their knowledge of healing oils with me. Now I have a wish-list of oils (with their effects in parentheses) that I would like to gradually aquire: – Peppermint (fights headache, helps with staying awake, soothing even for sciatica) – Lavender (healing for skin) – Citrus (supports thinking) – Basil (lightens the mood) – Orange (ideal as a solvent, for example when a ship-builder has paint on her hands…) – Wintergreen (40 x more soothing than aspirin! relieves tension) (I already have this one!) – Immortelle (helpful against bruises, which happens when working on a ship) – Turmeric (against inflammation, improves thinking (can be dripped into food)) – Argan (a dream for the skin) An overview of some essential oils and their effects can be found here. On the way back from the training, I slipped on an escalator and had a bad fall – with luggage in my hands so I couldn’t catch myself. Luckily, I had gotten myself a small bottle of wintergreen oil. I immediately applied some to the throbbing bones. The pain went away surprisingly fast.

What new thing did I learn about myself? It stresses me when I have to simultaneously fulfill different expectations. I need time to sort and feel. When I don’t have the time to consider which expectations I would like to fulfill, I feel stressed. – See more at: http://kerstinpur.de/erlebnisse/leben-entdecken-schmerzlindernde-oele/#sthash.txXZy82b.dpuf

Was I alive today?

What new thing did I learn about life?

When you develop a new font, it’s recommended to start with the letters “n” and “o” because these letters have many elements that also exist in other letters. And what you have is what you have!

What new thing did I learn about myself?

Sometimes something new is the best way to relax. Today, I wanted to go relax in a cafe after working in the publishing company and on the ship. One of my favorite cafes was closed, so I tried a new one. I was disappointed, because they didn’t have any of the superficial periodicals that I enjoy browsing for relaxation. They only had intellectual, sophisticated periodicals about design, art, and culture. Not exactly what I desire after work. But then I did actually read an article about an Arabic font designer who has designed her own Arabic fonts as well as transcribing fonts like Helvetica and Frutiger into Arabic. I found this really interesting and refreshing.

And: I am glad to have received firewood for the ship as a gift… a friend helped me build a fireplace today and asked whether I needed wood. I hadn’t even asked for any… neither from God nor from people, because I still have a little bit of wood that needs to be used first. So I am extra excited about the unexpected gift!

Was I alive today? Yes!

Doing laundry… the black “rim” is the wall rail. What new thing did I learn about life? A leak is only a leak if it’s under water. Until now, I thought: a hole is something through which air comes in. A leak is something through which water comes in. As of today, I know that this definition isn’t entirely correct. A hole is only a leak if it’s under the water line. So I don’t currently have a leak – which is relieving. But I have a hole through which water comes in. Not in huge amounts, but trickling… The hole is on the bottom edge of the wall rail. A wall rail is a kind of buffer that runs around the ship. It stabilizes the ship and also has the advantage of providing a little clearance when mooring. The wall rail is hollow. This means that if there is a hole anywhere above, water can accumulate somewhere in the inside of the wall rail (usually at the deepest point) and then it will, sooner or later, rust through the wall. I am currently experiencing this in one place. Which means: find the hole, dry the wall rail as much as possible (= practically impossible), and weld the broken places. I hope that it’s not too bad… What new thing did I learn about myself? I enter into deep bonds with people – which can also touch me deeply. It’s a little like the holes on the ship: where it’s open, something can flow through. And I seem to have many openings to people. I don’t know why this is, but I can let people deep into my heart. Some people have told me that they only have capacity to feel very close to one or two people. I experience that it sometimes only takes a little connection for people to find a place in my heart. Sometimes just a coaching discussion in which a person is very open about themselves, such as I experienced yesterday, and plop, they’ve fallen into my heart… and the closeness and connection that I feel remains. This is often wonderful. And sometimes also painful. Like this week. Sunday, Bernd (who has helped me so much on the ship these past months) had a stroke. I am thankful that the operation went well, but it burdens me that he is not feeling well. His right side and his speech center in the brain need healing and rejuvenation – through a miracle for the things that the doctors can’t do. Then Monday, I received news that the grandson of a beloved friend passed away. We had prayed for months for the preemie whose lungs didn’t want to develop… and although I’d never seen him – he was in the hospital since birth – I had taken the little guy into my heart… I cried and still cry when I think about how his family has to live without him now. My heart has a leak (or hole) and it’s trickling through. Even though he’s surely exploring unimaginably beautiful worlds now, without pain, beeping machines, and such. 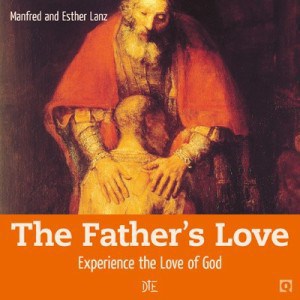 And then on Friday, I received the news that Esther Lanz passed away. Esther and her husband, Manfred, are authors at Down to Earth. Manfred, after decades as a performance-oriented and driven person, suddenly made the discovery: there is a Father in heaven that loves me. That loves me. That loves ME. That loves! Without demands or expectations. One that simply loves. Then together, they further discovered, explored, and enjoyed the love of the heavenly Father. And wrote about it. Their quadro “The Father’s Love” is one of the best sellers of our publishing company and has helped innumerable people to allow themselves experience more of God’s love. I cried when I heard that she had lost the fight against cancer. It’s just sad – for Manfred, the children, and all of the people to whom she was mother and encourager and companion. I would have liked to have had her here on Earth longer. I don’t understand. Bonds with people hurt – when the people experience pain, I sympathize… and I share their pain. This is one side. The other is that life flows through every bond… vibrant, wonderful, beautiful life! Like through the card that I received yesterday from a woman who I don’t even know in person but who is connected to me through this blog and my books and quadros. She wrote me a loving card and included some money I was to use for something that I would otherwise not allow right now… a piece of clothing, going out to eat, seeing a movie, or going to the theater. And she said that it was to remind me that God wants to tell me: I don’t just provide the most necessary things that you need for living or the ship but everything that you wish that is good for you. Another woman wrote to me: With 2 Kings 6:16: Don’t be afraid! For there are more on our side than on theirs! (Note: the quote comes from a text in which – during a siege – a wise man said this to another man who was scared to death.), I send you heart-felt blessed greetings for a good start in November. That was so great! Thank you! Life is rich – sometimes rich in pain – and often rich in treasures. – See more at: http://kerstinpur.de/besser-leben/leben-entdecken-loecher-lecks-und-verbindungen/#sthash.ABl6ksPv.dpuf