Latest on the Ship 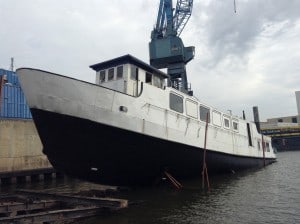 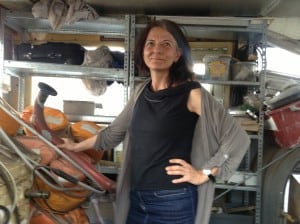 For all those who are interested in news about the ship: I have received 16,284 euros in donations from friends to cover the unexpected dockyard invoice. What a gift!!! I never expected that!

6223 euros is still missing…at the moment this is being covered by loans, that I will need to pay back by the end of July. Whoever would like to contribute, whether big or small, so the rest of the loan can be paid off and the ship can start to flourish, you are most welcome to do so! 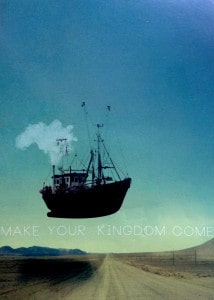 The big day has arrived. First, some good news: The shipyard invoice has been paid in full.

This was made possible partly through loans, but mainly as a result of the many generous donations I received – over 15,000 euros! In the lastfew days, I have received even more support, so now the remaining sum is only 7,000 euros. It feels so good to see a four digit number!

In addition, the things that people have written, have brought me close to tears. I never dreamed of receiving so much help and support.

We believe in a great God and believe in you and that He has a plan for you and the ship. For that reason we have transferred you the money and bless you with it.

For my birthday I will hopefully persuade my guests to get inspired by the ship project. I hope that you will find peace and know that you are not alone on this emotional roller-coaster ride.

It is really unpleasant, to find yourself with a problem like a huge unexpected dockyard invoice. However it is really wonderful to experience how people are so willing to open their hearts and their purses to support the project. I have never cried so many tears of gratefulness as I have in the past few days.

If you would still like to contribute to the cause, so that I can raise the remaining funds and not have to continue to rely on loans, then please feel free to do so here. Every little helps!

Making Decisions with Foresight without being Manipulated 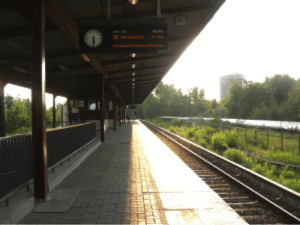 Everyone knows that situation: you come to a decision alone or with others and realise after a few days or a week that you don’t feel happy with it or feel perhaps that you were manipulated in someway. The reason for this can be the lack of focus.

When making big decisions it’s alway good to consider all the factors that are important for the project or situation as a whole, rather than what is best in the short term. There are two levels for this:

These are the values and principles that are generally important to you and should play a universal roll in decision-making. It makes sense, to become aware of your most important 5-10 values that play a part in making your decisions. We also need to keep in mind that other people have different values.

– Values and factors that are specific to the situation:

The values that are important for that certain situation.

An example: a man has the task of looking after the trainstation shown in the above photograph. He sees that there are plants that are beginning to overgrow onto the platform.

If loyalty to his employer is his highest value, then this job will not be a problem for him. If, however, he values nature very highly, it may be hard for him to rip up the plants. Another value could be efficiency – to get a lot done in a short amount of time. Or perhaps thoroughness is important to him – making sure that everything is completed to perfection.

Situation-specfic values might be the safety of the passengers, or the aesthetic…or efficient work or thoroughness.

The intensity in which and the number of plants he rips up depends on his own personal values.

Focus has a roll to play along with the general and specific values. Supposing the plants could speak and said ‚don’t be so cruel, we are so lovely, it hurts when you rip us out. That’s mean’

If he turns his focus to this subjective state of the plants, he will by all means come to the desicion to let them be. He will regret this later, when he realises that other aspects were important to him in that decision – aspects that he hadn’t considered at the time.

This often occurs when people intentionally or unintentionally manipulate us. They pull the focus to one aspect of the situation such as ‚things are really bad for me at the moment’ or ‚this great deal is only available this week!’ In the end we make the decision as a result of these small aspects and feel bad about it afterwards. We realise only after some distance, that we made a decision that was not completely consistent. We realise that other important aspects were not considered.

In conflicts and arguments it is generally the rule that the conflicting partners are looking at different aspects of the situation. Two people might be fighting over a holiday destination – for one of them relaxation and recovery is important, for the other person it is cheap costs and internet availability. In this situation it helps to put a stop to it!

Instead of continuing the argument about why the mountain hut or the youth hostel in the city is so great, it makes much more sense to make the factors that contribute to the decision clear. This makes it easier to find a solution

We can also manipulate ourselves. It might be that one of your general values is to continue learning and developing. You want to save money, so that you can afford to do a further education course. Then you go through the shopping center and see a fanstastic piece of clothing on sale. Super cheap. Bargain. Your inner bargain hunter focuses on the value for money and considers only the price of the item. The other values you have – sensible management of money, don’t buy anything unecessary, to further educate yourself – are talked down or not even considered – that one aspect (the bargain hunter) is exaggarated.

We generally make decisions with ease and do it pretty well. So it doesn’t always make sense to make things unnecessarily complicated. Yet in situations where the decision has left a stale aftertaste, we should reconsider the decisions carefully.

1. Make a list of those values that are are importat to you and need to play a roll in making decisions.

2. Make note of the aspects that are important for the specfic decision.

3. When people try to manipulate the decision, put a stop to it and say ‚I need a moment to think about the situation as a whole.’

4. Keep everything – all the factors that play a part – in perspective and then decide.

Tailwind – when others support me 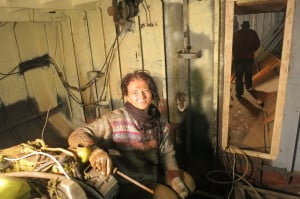 My sister’s charity was recently a part of a competition, where the charity with the most donators, rather than the largest sum of donations, would win advertising resources for a campaign. One of the things that really struck me about this competition was the incredible support she received from other people.

Not only did over 120 people contribute financially to the cause, but many wrote about the charity on their own blogs and Facebook pages as well. I cried when I read the words of one woman in particular, who said: ‘don’t wait for a miracle, be one yourself’. She was writing about a group of great women who were trying to change the world and counted me amongst them.

She wrote about my ship, the pressure of the unexpected extra costs, how I was praying for a miracle and wasn’t afraid to be open about my difficulties. She then explained how €10,000 had already come together and that she knew the project was bound for great things.

Her words gave me so much hope and reinforcement. So, if you ever feel obliged to do so, please share my project with your friends and send a gust of tailwind in my direction.