Ascension day, fathers day – what are we celebrating

5. May 2016 / Kerstin Hack / Comments Off on Ascension day, fathers day – what are we celebrating 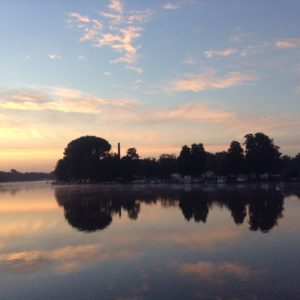 Just in case you are wondering what we are celebrating today – it actually is two things – in my family three.

As Christians we believe that Jesus (Isa Massih) was received throug the spirit of God and was born by Mary, a virgin. (No, just for the protocoll: we do NOT believe that God had a wife). Because Jesus was born of a human mother he called himself „son of man“ and because Jesus had the same nature and character of God he called himself „son of God“. This made the religious establishment angry and they arrested tortured and killed him brutally.

From God´s perspective: Jesus was innocent and without sin – chose to be punished for all our sins – with the most brutal punishement – torture and death. But he was stronger than death and after 3 days came back to life. He walked, talked and ate with his friends, several hundred of his followers met him after his death. For 40 days after he came back to life he taught them what it means to bring Gods love into the world.

And then he said “Good bye” and went back to God where he had come from, but asked his friends to wait a while until they would receive God´s power to do his work of love in the World…but that is another story. But this day of Jesus going back to God is called asscencion day – or in German „Himmelfahrt“.

Because Jesus went back to God whom he called „father“ we celebrate and honor our fathers on this day. In our traditon it is not such a big deal as mothers day, no gifts etc. But it is a time to say „thank you“ for the ways in which our fathers invested in our lives – with encouragement, time, correction, energy, being an example.

And yes, as all humans all of our fathers failed in their parenting… no one is perfect… but no matter how “perfect” or “imperfect” their parenting was: Our fathers gave us the biggest gift of all: Our life.  Which is of course a gift from God, the only perfect father who deserves this name.

It also is a day where men celebrate with other men – often they do a tour in the countryside, walking or on bikes or carts… and sometimes wiht a bit (too much) alcohol. Doing a lof of male things…

It just happens to be today… it is not like this every year as the religious feasts are based on the lunar calendar, the secular feasts on the solar calendar.

Going into a boat, risking your life, …